Vegas will chew you up and spit you out. We've all heard this phrase and to a large extent it is true. Assholes and degenerates board planes, drive cars, sail (ummm ok probably not sail) but, whatever, they find their way to the desert. Inevitably most come home with emptier pockets, some drunken stories of retardation or sick and run down. Fortunately for me my pockets were heavier than when I arrived and I had a grand total of 2 Guinesses the whole trip.

What I did come home with is a kick-in-the-balls, full on sinus/ear infection. I started feeling shitty as I awoke for the 9th straight morning in the shithole that is the Rio. I mean it is the middle of the fucking desert where 100 degree days are the norm and yet I am freezing my cajones off the whole time. It's as if the place is built for two types of people: gambling degens and vampires. I try to get out to the pool or a walk outside every morning but that's half an hour each day. The remaining 23 1/2 hours I am bundled up like a vacationing Eskimo while protecting my bits from the inevitable shrinkage. 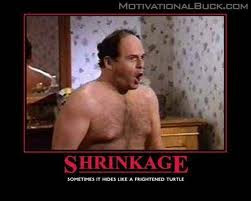 Add to this the collection of people with varying degrees of hygeine, long nights in juicy cash games and Rio essentially devolves into a giant Petri dish waiting to inflict its wrath on various assholes in the room. Once received there is nothing better than schlepping home on a Greyhourd, errr Southwest, flight with the great unwashed. I mean I have a love/hate relationship with the airline. I love their business model, pricing and on-time record. I hate the other retards on the flights, the cheeky canned jokes spewed by the stewardesses and the fact that every flight is packed more tightly than a can of sardines. Oh and the fucking singing...please stop with the fucking singing. I'm not sure what is worse the people doing the singing or the utter shitheads who giggle at them like they just witnessed a Chris Rock set. Anyway I think I am booked for another Southwest flight in July...lol. 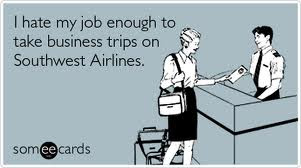 On to the pokerzzzz. Despite the brickfest that was WSOP/Venetian tournaments the trip was quite profitable (at least for me). I had sold off half of my action in the bigger buy-in events and sadly had only one minor cash in those events. I hate losing other people's money particularly friends. Most, if not all, are poker players so they understood the variance that comes with these large field MTT's but still I want to deliver a nice return to the people who had the confidence to back me.

Cash games were CRAZY good. I played almost exclusively PLO8, of course, and most of that was the 5 card variety, Big-O. I played 1-2-5, 5-5, and 5-10 blind offerings and the play was equally bad in each, though the aggression in the 5-10 game was markedly higher contributing to a bit more volatility. The secret of the whole room though is the single table satellites. I mostly played the $275 satellites which pay one winner ~$2600 (though a deal is generally reached once heads up). The play in these is dreadful and anyone with half a brain as it relates to endgame SNG strategy will positively clean up in this section of the room. I made over $6k in these SNGs playing 10 or so games. Really super soft.

Anyway here are the quick reviews from the various MTTs I played (starting from after my last update):

So that is the long and short of it. I don't think in the future I will have extended stays at the Rio or any casino for that matter. I need an apartment or condo or possibly house to provide some normalcy while I am in Fantasyland. My wife and I have kicked around the idea of renting a house in LV for the month of June and sort of hunkering down out west for the month. I could play and also schedule some away time with little trips to LA, SF or Grand Canyon with the kids. We'll see.

I don't think I am going back for the ME this year as we have a family vacation scheduled for mid July.
Posted by Brian at 10:26 PM 2 comments: 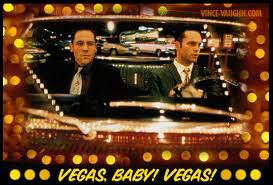 In spite of the dire predictions post Black Friday about the turnout in Vegas this summer the poker population has shown up en masse to the desert. In fact, through the first 10 or so events the turnout was significantly higher than last year. Not sure what this means with respect to the Main but so far so good.

With that in mind I set off on my journey out here Monday. With dreams of bracelets dancing in my head I wedged my large frame onto the Monday afternoon offering of Greyhound in the sky (Southwest). All looked good as it appeared the asian fella in the window seat and this big fella would have the only empty seat on the plane between us. Sadly another "bigger" fella found his way onto the plane just before push off and shoehorned his way into the middle seat. Less than 5 mins later he was fast asleep and fortunately invaded more of the asian dude's seat than my own.

Any way 5 hours later I arrived and immediately caught a cab in time for the 4 p.m. playing of their Mega Stack Series $240 6 max Big-O event. Big-O is a bastardized 5 card version of PLO8 that is played exactly the same as PLO8 except for an extra card. The game tends to play super fast and is a ton of fun. My table draw was an absolute dream early with a ton of limping. I quickly combated that by raising virtually every other hand after the initial level or two. Employing this strategy my stack began to swell and swell until I had increased my starting stack from 20k to over 50k with very little resistance. The make up of this tournament was pretty interesting. A mix of old nitty O8 players, young hyper aggressive internet players who maybe didn't understand the nuance of O8 and experienced O8 regulars. I had a few conversations with guys whom I had played a lot of hands with on-line or was at least familiar with their screen names, etc.

Anyway I rode a fairly average stack from about 40 left to 25 left when I dialed up the aggression. At this point the money was in site (18 players) and many were tightening up to sneak into a paying position. I chose a different strategy of bulldozing and built my stack from roughly 65k to over 150k while we awaiting the eliminated bubble boy. Finally it happened and we redrew for seats. Right away it was apparent that my new group of table mates were more aggressive and less willing to allow me to run them over. I did successfully 3 bet an aggressive player and get him to fold but other than that my relentless aggression slowed down considerably. Whatever; fast forward an hour or so and we are at the final table and I am probably 3rd in chips. The final table is played 7 handed in most 6-max tournaments and once the 2 shortest stacks were eliminated the play slowed down considerably. I finally busted someone when my flopped 2 pair and low draw went runner runner into a backdoor flush to beat his same flopped 2 pair and I had a mountain of chips.

A few mins later a HUUUUUGE hand popped up. A guy with 300k full potted the button at 20k/40k blinds. I 3-bet the small blind with over 1M in chips holding A24QJ suited in hearts and spades. He gets in and shows AA599 or something. Flop comes KTx with 2 hearts and weeeeeeeeeee it looks like the Big Fella will have mucho chips; only to see running bricks for one of the sickest holds in a while. Blah.

A few mins later the blinds went up and were starting to get silly. I told the table that if i could get 2nd place money (I was 2nd in chips) I would chop. Although first paid $7500, 4th only paid $2k and with very little room to "play" I was fine with $4.5k or whatever second was. A deal was reached and BOOM a few more $$$ in my pocket.

Yesterday I busted the $1,500 in rather standard 2011 poker playing style. Got all 4k in holding KK at 50/100 vs. AK only to see the board run out JTTxQ and the monkey scooped a big pot. Last night I positively destroyed the $5/$5 PLO8 game and really should have made a lot more. Unfortunately, the play was so bad in a few spots that I made a few REALLY thin calls simply due to the "retardation factor".

So good start to the trip and today is the Venetian HORSE event.
Posted by Brian at 12:53 PM 2 comments: