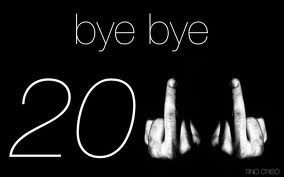 Happy 2012 to all. Hopefully the Mayans were smoking some silly stuff and a year from now we can look back and go through this exercise again. I am glad 2011 is behind us in a lot of ways. I don't think I, or a lot of poker players, really understood the effect Black Friday had on our game and our lives initially. I miss playing on Stars and Tilt tremendously and while I do think legislation of some sort is inevitable, I have no clue on the timing of it and have very little confidence in legislators to do it in a sensible way. Time will tell.

The following were my goals for 2011 as I wrote up a year ago. I have provided my actual results related to each in bold:
Overall I would rate the year a C+ but maybe more realistically an INCOMPLETE since the whole landscape changed so drastically on that sad day in April.

My goals really aren't a lot different this year than last year though they have been tweaked a bit for the obvious changes.

There are a few specific smaller goals I have that will help me in these areas but I will not list them all here.

My next live play will be the week of January 22 when I am going up to Borgata for the Winter Open. My guess is I will play 3 or 4 events (including PLO, maybe Omaha HL) depending on making day 2s, etc.
Posted by Brian at 3:52 PM No comments: